To follow on from their rebrand to ‘The next generation bakery’ and launch of innovative products such as the Gin & Tonic Fun Bun, Roberts tasked us with developing a disruptive campaign to launch the very first 100% recyclable bread packaging to supermarket shelves in the UK.

We launched the campaign with announcement posts on Facebook, Instagram and Twitter aimed at communicating the product launch and where the new bloomer could be bought. Following the initial launch phase, the disruptive campaign kicked in, firmly positioning Roberts’ as a challenger in the market.

#BloominGreat was a campaign that included several key moments; we created short videos for social showing bread bags being blown up as a way of challenging the bread industry to wake up to the problem of plastic - and highlighted the impact of the bread industry on the environment by comparing the plastic waste produced to the weight of a whale.

We bravely poked fun at other players in the market, putting our bread in a side by side comparison.

We then took the campaign to the streets, launching a bold ‘Bread Amnesty’ in London, that saw bread lovers swap competitor’s loaves for two of Roberts’, by throwing their plastic covered bread into grey bins. 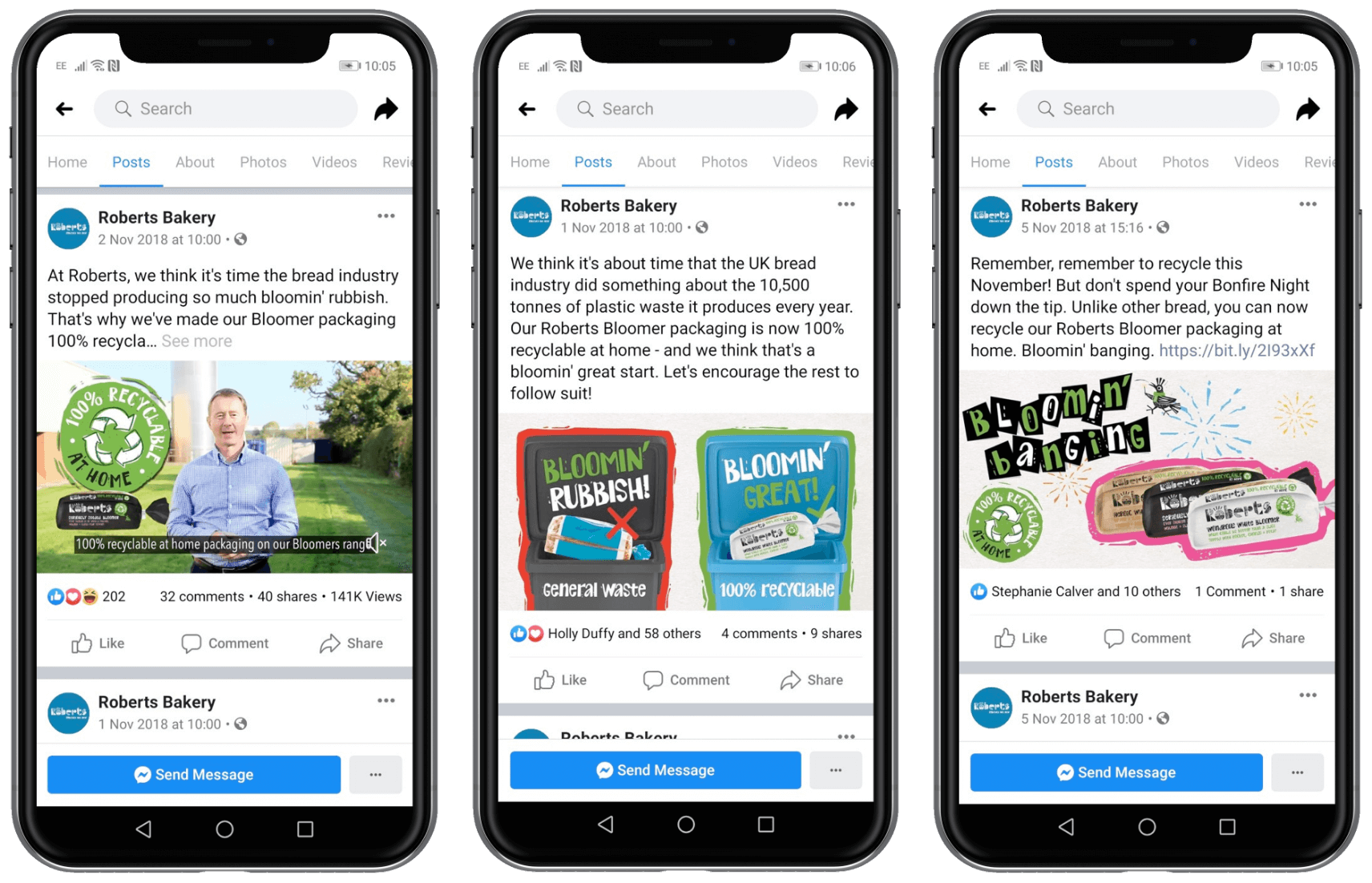 We shocked, inspired and encouraged trial of the Roberts Bloomers with 100% recyclable pack, and donated hundreds of competitor’s loaves to a food bank. 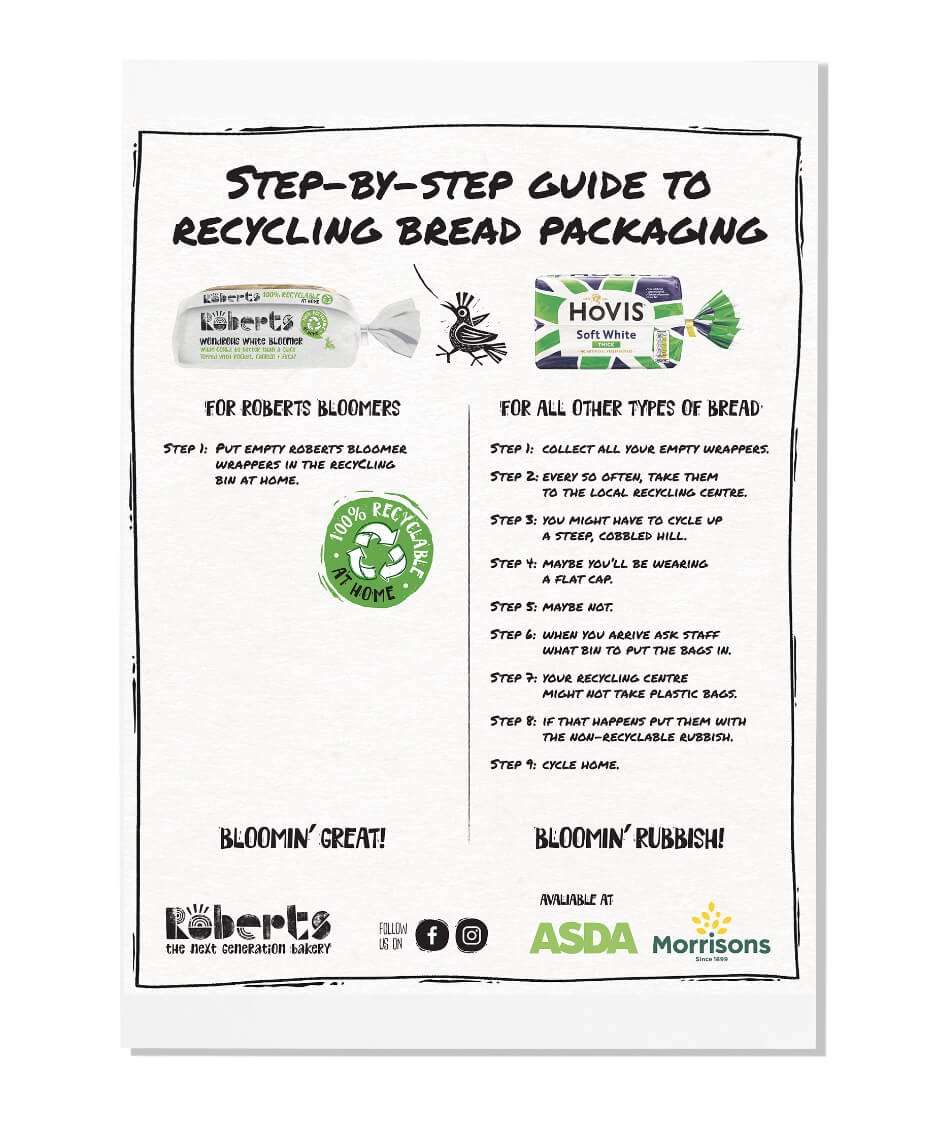 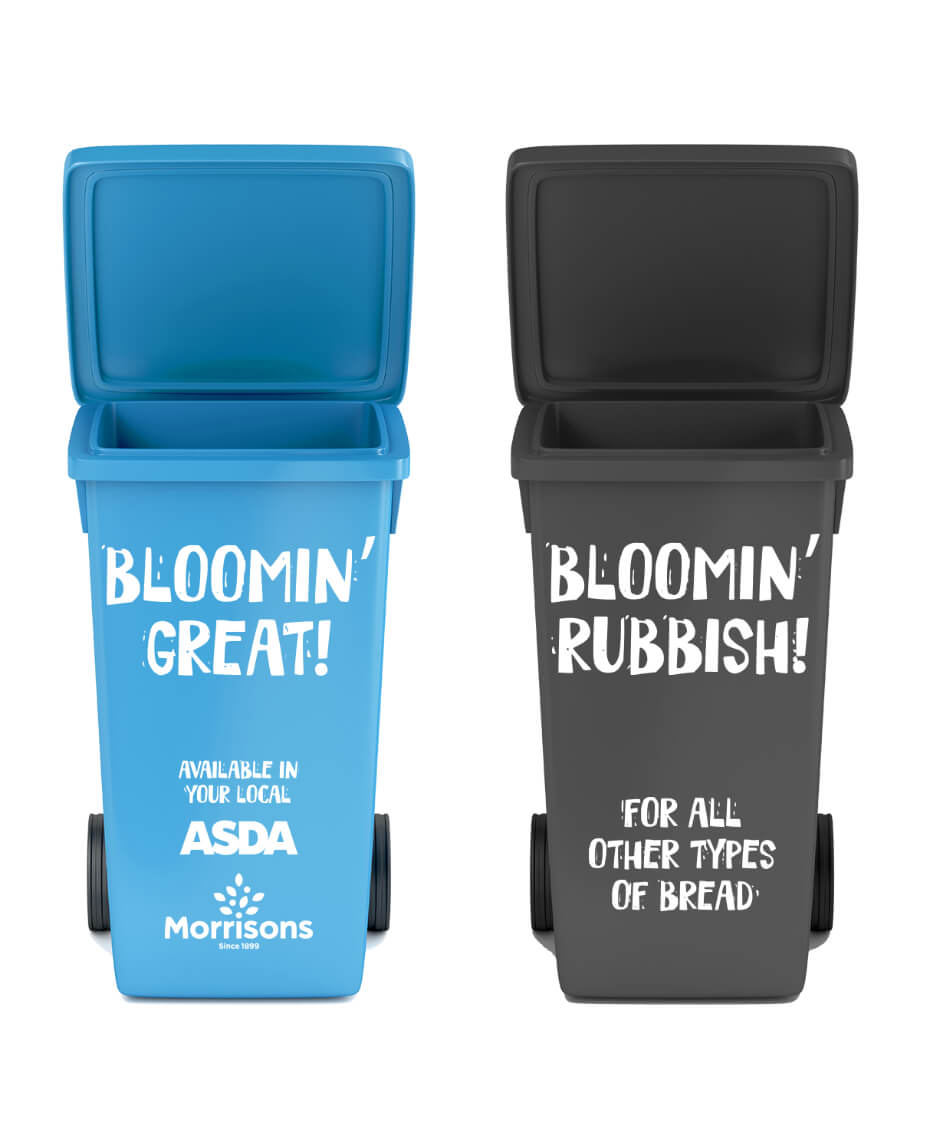 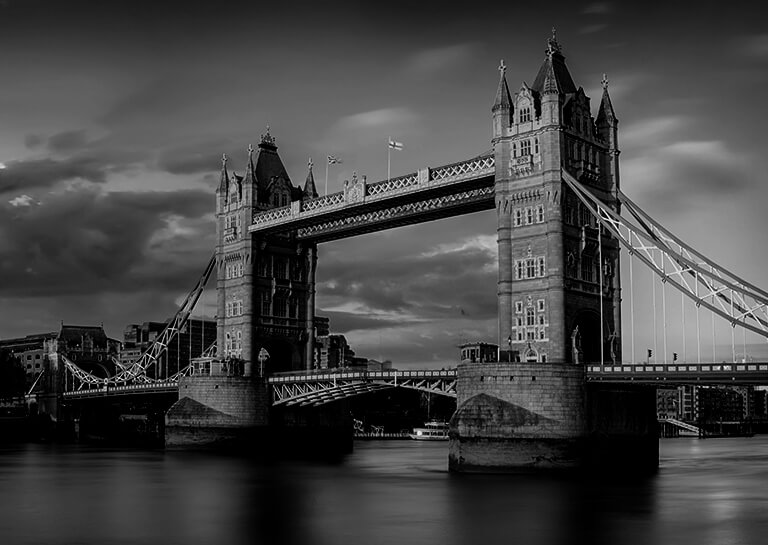